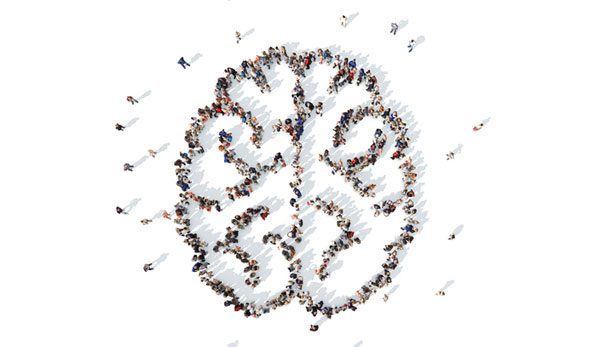 So now after three rounds of doctor visits, we had three options for treatment: 1) medical management (aka, leave it alone); 2) staged embolization (aka, multiple rounds of glue to the brain) followed possibly by radiation or surgery for anything left behind; and 3) a craniotomy (with a pre-op one-time embolization to prepare the AVM and brain for the main event).

We were again confused. We had three treatment options, each more aggressive than the next.

Turns out that it’s common to treat AVMs with multiple “modalities,” (e.g., embolization and radiation or embolization and craniotomy, radiation and craniotomy, or some other variation), and it’s also just as common to have two, three, four, five, six, and so on number of doctors disagree on the preferred treatment. Gee, thanks, doctors. We thought you were the experts, all trained with the same medical textbooks. Apparently not.

What we consistently heard in all of the various doctor appointments is that unruptured AVMs are among the most complicated medical cases because if you choose treatment, you are betting on your AVM rupturing at some point in the future, and that might not be the case. And there is a well-known (though highly disputed) published scientific study that says treating unruptured AVMs can result in worse outcomes than the AVM itself. Well, sh&t!!!

The biggest indicator of an AVM brain bleed is a prior AVM brain bleed in the same year. Otherwise, no one really knows why AVMs rupture. They are unpredictable. They either rupture, or they don’t. End of story.

I actively participate in several AVM support groups online. The stories of AVM ruptures are so ordinary: while having morning coffee, while working out, while shopping, while playing softball, while having dinner, while driving kids to school. AVMs do not discriminate.

I was blind-sided when a man reached out to a Facebook online support group about a year ago. He shared the story of his wife who had recently died from her AVM rupturing. He was grieving and looking for comfort from other AVM warriors. He shared some personal information about his wife – her age, her birthday, the ages of her children. She didn’t know she had an AVM, nor had they ever heard of the term AVM, until it killed her. There was no warning. It ruptured, and she died. Just like that. I almost lost it when I realized the woman and I shared the same birthday, not just the date, but the year too, and we had children the same ages. Why her and not me? While I was feeling sorry for myself that I had various treatment options to consider, and I had time to meet multiple doctors across the country, she died.

I spent sleepless nights on my AVM support group online pages. Ryan hated it because each story I read sent me into panic mode. I couldn’t believe what these people had experienced. I chatted with a mom from North Texas whose toddler nearly died from her AVM bleed though miraculously made a full recovery after a trip to hell and back. And a mom from the east coast whose daughter is semi-paralyzed on one side from her bleed and continues to deal with seizures. Multiple doctors (8) from Philly to New York told her that her large AVM was not treatable, but now it’s 90% gone from radiation treatment she received in California. And a dad whose five- year old daughter rescued him from the front yard when he had a seizure while they were playing. These people don’t know, but they are my AVM warriors. They made this journey real.

In January 2017, Ryan had a work trip to the west coast. The kids and I joined, made a mini vacation out of it, and snuck in an appointment to see the world famous doctor that I had seen several months prior. We left confident that I would move forward with a craniotomy. At that point, we didn’t know when it would happen, but we knew that the most aggressive treatment, with the best doctor, was the way to go. It just felt right.

When Ryan and I were trying to figure how out to make sense of all of this, how to decipher between the most conservative to the most aggressive approach, I’ll never forget Ryan’s analogy. Take Steph Curry from the Golden State Warriors. He takes shots well past the three-point line, close to half court, all the time. Do you let any guy on the team do that? Nope, but you let Steph Curry because he’s that good and he’s one of the few that can make that shot. That’s how the AVM world views the doctor that I have chosen to perform my craniotomy. You don’t just let anyone cut open your skull, but this guy, he’s the guy, that you let take the shot.

Ryan is really good like that. He has this unparalleled ability to put things in perspective and think things through. While I’m more of a “go with the first thing I see” kind of girl, he’s the most thoughtful and smartest person I know, hands down. And he reminds me how lucky we are, that this is an opportunity for our family for longevity. And while I’m recovering from brain surgery, sleeping 15 hours a day until my brain has sufficiently healed, make no mistake that Ryan will have everything under control at home and work. Because that’s what he does. He’s just that good at everything, and we love him a lot.